Saving the Pear from Apple: Where we’re at and why we care

Provo, UT—In the United States, it costs tens of thousands of dollars to defend a trademark opposition. For a company like Apple, with tens of billions of dollars in resources, attacking the trademarks of small businesses is no problem. Sadly, most small businesses can’t afford to defend themselves against this type of litigation, and, as a result, must change their logo and branding or close their doors. Either way, the bully wins.

Does  the international software giant really spend time and resources hunting down and filing notices of opposition against small businesses? Unfortunately for the young, Utah-local cooking app, Prepear, the answer is yes. “It’s unfortunate that a world renown brand, such as Apple, would directly attack a young, female owned startup such as Prepear, just because they can,” says A.J. Rounds, CMO of RevRoad—a partner with Prepear, “In this difficult time, regarding the pandemic, the world is rooting extra hard for small business, while Apple seems anxious to squash them.

But does Apple really think Prepear’s logo could create confusion with their own? Here’s exactly what the megacorporation has to say:

In most cases, these company logos do not resemble Apple’s at all, nor are they in the same line of business. Yet, Apple has been going after dozens of small businesses, forcing them to pay for a very expensive legal defense, or abandon their trademarks (which also comes at substantial cost).

A 2019 release from the US Small Business Administration stated, “Small businesses are the lifeblood of the U.S. economy: they create two-thirds of net new jobs and drive U.S. innovation and competitiveness. A new report shows that they account for 44 percent of U.S. economic activity.” This information highlights the importance of small businesses for the U.S. economy.

Prepear has already spent thousands of dollars and been forced to lay off a team member due to this expensive battle with Apple. So why fight it?

Prepear has since generated over 260,000 signatures on their petition to Save the Pear from Apple.

Join their fight for small businesses by signing the petition and sharing their story. 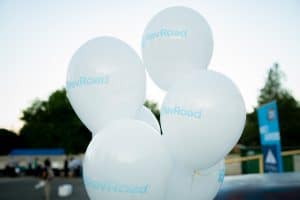 5 Things to Know about RevRoad 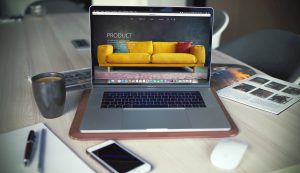