Nationwide, entrepreneurship is in retreat. Based on the report “Dynamism in Retreat,” the Economic Innovation Group claims, “For the first time, the United States experienced a collapse in new business creation so severe that companies were dying faster than they were being born.”The article goes as far as to say that “America’s economic engine is losing steam.” There has been a long-term decline in startup rates according to their research.

I don’t know about you, but to me, this is alarming! For the country that developed the light bulb, telephone, T-Ford assembly line, plastic, and the personal computer, this is not good! The recent pandemic hasn’t helped either, almost 100,000 businesses have permanently shut down.

Yet, in Silicon Slopes, the cousin to Silicon Valley, nothing could be further from the truth. Unicorn companies seem to prance and trot around every corner, and ‘Now Hiring’ signs have become part of the scenery. Along the I-15 corridor that runs north and south along the base of the Rocky Mountains called the Wasatch Front, the Dynamism concept seems far from the minds of Utahns. The elusive billion-dollar unicorn is the talk of the day. The beehive state is becoming the new tech hotbed to watch. Driving along the newly expanded freeway (10 years of construction projects to keep up with growth), you can almost feel the energy. Watch out! You may find yourself chuckling at some of the wacky billboards lining the interstate.

What is happening in Silicon Slopes? The growth is explosive! Just last week at the time of this writing, Divvy, another startup in the fintech space just was acquired by Bill.com for $2.5B. That’s in addition to the growing list of other billion-dollar acquisitions in the last 18-24 months.

Recently, the RevRoad Venture Services team, local to Utah, uncovered some additional stories about reasons the desert state is the perfect location for tech companies to thrive. The nation is taking notice. Provo has replaced San Francisco in 2021 as the city with the best overall economy. The effects are definitely being felt. Home prices are skyrocketing because of this wave of growth. The median price for a Utah home is now $405K—up nearly 20% since March 2020. Yikes!

Utah has been intentional in creating an ecosystem that supports entrepreneurs. Recently the state known for being the ‘crossroads to the west’ was ranked by Forbes as the #1 state for entrepreneurs in 2020. Between 2019 and 2020, Utah had the highest job growth rate in the U.S. These are great stats, but the ones that come next are even more impressive. $1.4B was invested by VC companies into the Utah entrepreneurial ecosystem in 2019 (6th most per capita in the U.S.). Relative to the population in Utah, that’s astounding. Also, there are several world-class universities in the area that provide the trained human capital, willing to work for lower than industry average rates, needed for these companies to grow. Overall, the business favorable political climate, creative culture, and the many options for outdoor recreation in Utah make it the perfect place to build a business.

Things are happening quickly! Companies like RevRoad drive acceleration as a key player in the Silicon Slopes frenzy.. As a venture services firm, RevRoad is helping startup, seed stage, and series A companies in all industries to have a better chance at survival by working hand-in-hand with them for 24 months. The 90% failure rate for startups is dismal. However, RevRoad, thus far, has flipped that statistic upside down to a failure rate of less than 15%. That’s great news for entrepreneurs and a far cry from the “Dynamism in Retreat” argument.

After a rigorous series of pitches, companies that make it into RevRoad have an ‘older sibling’ that helps them get to market fast and make wise strategic decisions…a winning combination for founders that can benefit from those with experience. And it doesn’t cost them cash. Instead, the price for quicker success is a minority stake in equity. Of course, RevRoad does not take this price lightly. Equity is a precious commodity, yet oftentimes a bit more plentiful than financial resources. Especially in early days. For founders, the main value is keeping cash to grow the company and experiencing an equally invested partner in RevRoad; meaning RevRoad doesn’t win if the entrepreneur doesn’t succeed. It’s a truly mutually beneficial relationship.

Now, can RevRoad solve all the pitfalls of entrepreneurship? Of course not, but any chance to significantly increase the odds of business success is a good bet.

The moral of the story is Utah is a hotbed for startup flurry and RevRoad is helping fuel that flurry. The American engine is not losing steam as stated above, at least not at Silicon Slopes. Utah’s business community holds the strong belief that entrepreneurship is the way to economic growth and prosperity for the entire nation. Help ‘rev’ it up. Future unicorns, horses, or ‘burros’ —apply to RevRoad today. Get out of the corrals and move on to open pastures found here in the #1 location for economic growth in the nation!

At RevRoad, we are all about helping entrepreneurs succeed. We help our portfolio companies maximize profitability, get to market faster, and create a solid foundation for their venture by packing their team with experts for up to 24 months. We work shoulder to shoulder with founders of developing companies to provide everything they need to grow. 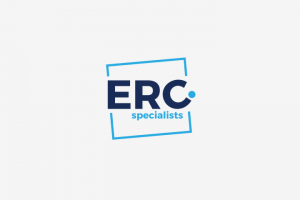 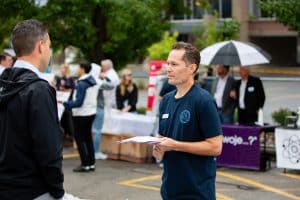 5 Common Mistakes at the Entrepreneur Competition