I write this in deep sadness after the events of this past week and seeing the senseless torture and killing of an unarmed black man as he lay in the street—handcuffed and pleading for his life. George Floyd, like many others, suffered the effects of racism that plague our nation. One of the three officers kneeling on him has now been charged with murder.

As the events of this week unfolded I felt it important to share our complete and united support as a leadership team and as a company for equality, fairness, and equal opportunity for all—regardless of race, ethnicity, gender, religion, political views, or sexual orientation.

We are grateful for each member of our team and for the respect each of us show one another.

We fully support protesters’ rights to protest peacefully. We also support law enforcement and their efforts to enforce the law when done lawfully.

We stand against the bad actors in any group. This includes those in law enforcement who use their position of power in unjust ways to target, harm, and kill others. It also includes protesters who riot, injure people, and destroy property.

Thankfully, there have also been reports of healthy dialogue and constructive conversations between people and groups involved. Some of those conversations have been with the protestors and officers facing off toe to toe at our own Utah State Capital and resulted in them leaving as genuine friends.

I hope that kind of dialogue will happen at every level and result in systemic policies and structures to address the very real issues of racism which have been brought to the forefront again. I also live in hope that with each of us doing our part, we can soon live in a world where racism and its ugly cousins, bigotry, and inequity no longer have a place.

Why write this message when any of us could just silently watch what happens?

Because each of us need to do our part as humans to add constructive solutions to the cancer of racism in our world.

A favorite poem of mine is one I first read at the holocaust memorial in downtown Boston. It was written by Reverend Martin Niemöller:

First they came for the socialists, and I did not speak out—because I was not a socialist.

Then they came for the Jews, and I did not speak out—because I was not a Jew.

Then they came for me—and there was no one left to speak for me.

I am not African American, but I am human. George Floyd was human. And since we are all human, we should care for one another as humans.

Thanks again to each of you for looking out for the concerns of others, for doing your part to make your family, RevRoad, Utah, the USA, and our world a place of unity and mutual respect.

With love for each of you, 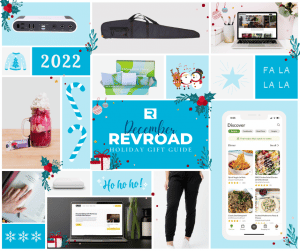 The Journey of Building a Podcast

Evolution of the Marketing Process at RevRoad 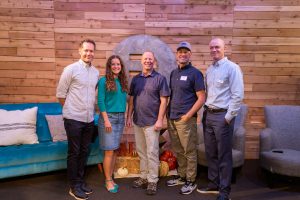